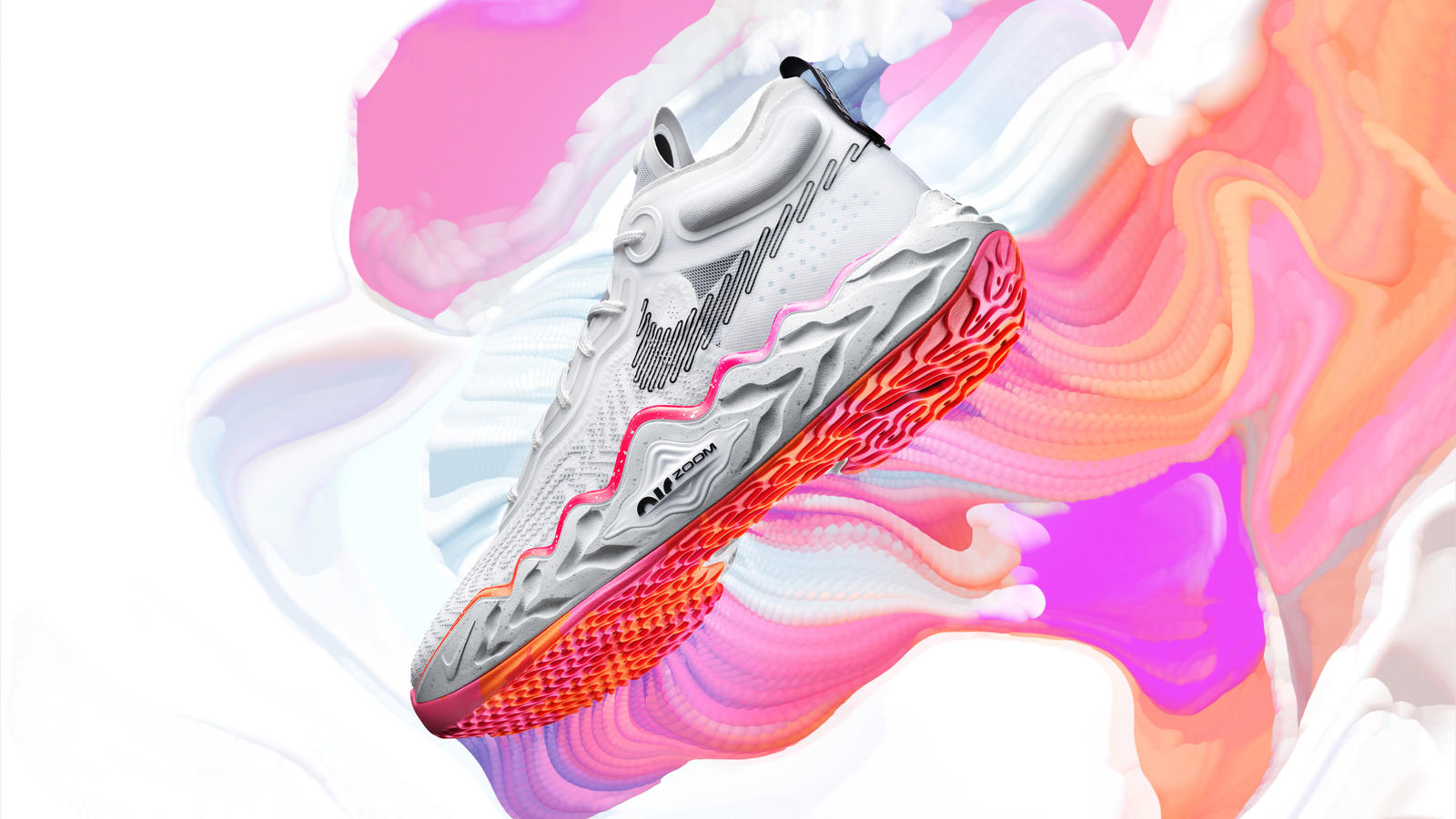 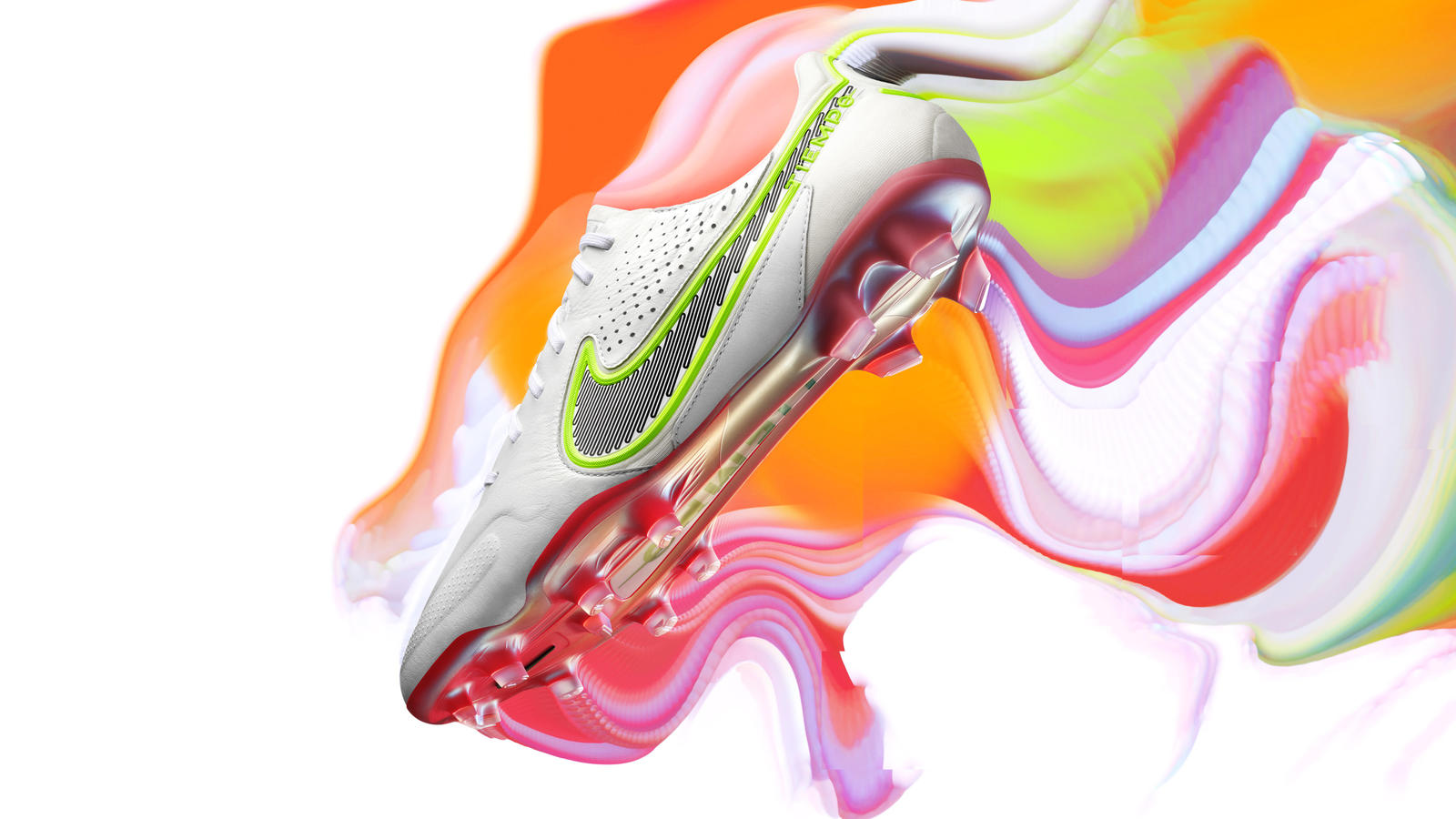 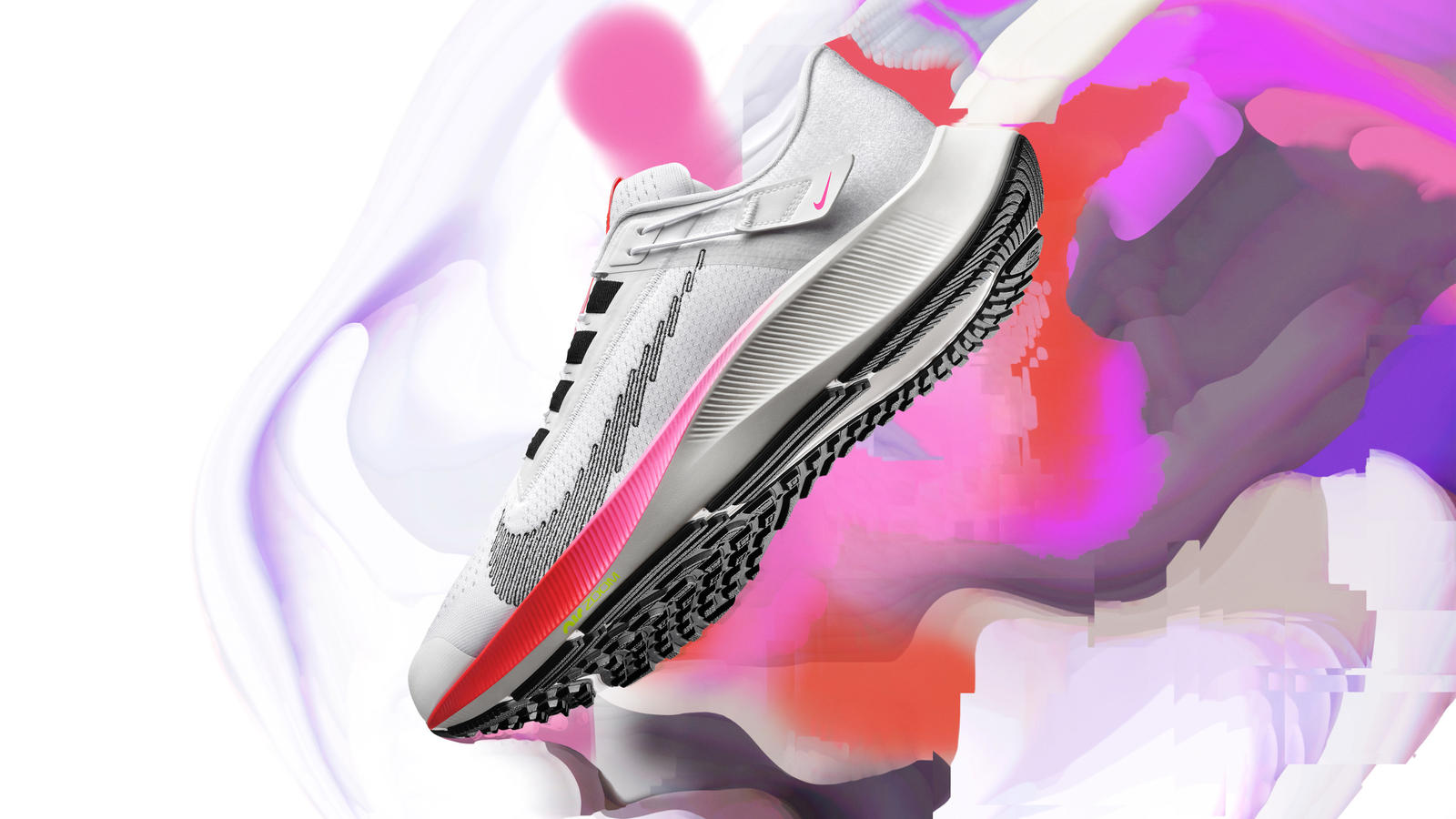 Nike’s Rawdacious colorway palette for Tokyo— a combination of white as a primary, with components of pink blast, total orange and bright crimson — is another example of how Nike uses color to imbue deep cultural, psychological and emotional value in its footwear.

“Color has the nuanced ability to invite both reaction and reflection at once,” says Martha Moore, Nike VP, Central Color Product Design. “You see a color, and you immediately react in a certain way. Color can also open the door to history, connections to other disciplines and to memory. In creating this year’s palette, we worked to consider color holistically to best represent a moment in time.”

Nike designers looked to historical precedent — moments in time when world events put sport on hold — and the spirit that flourished upon its triumphant return. The Rawdacious colorway symbolizes that exuberance of reuniting through sport in the palette's warm tones, signaling new beginnings. 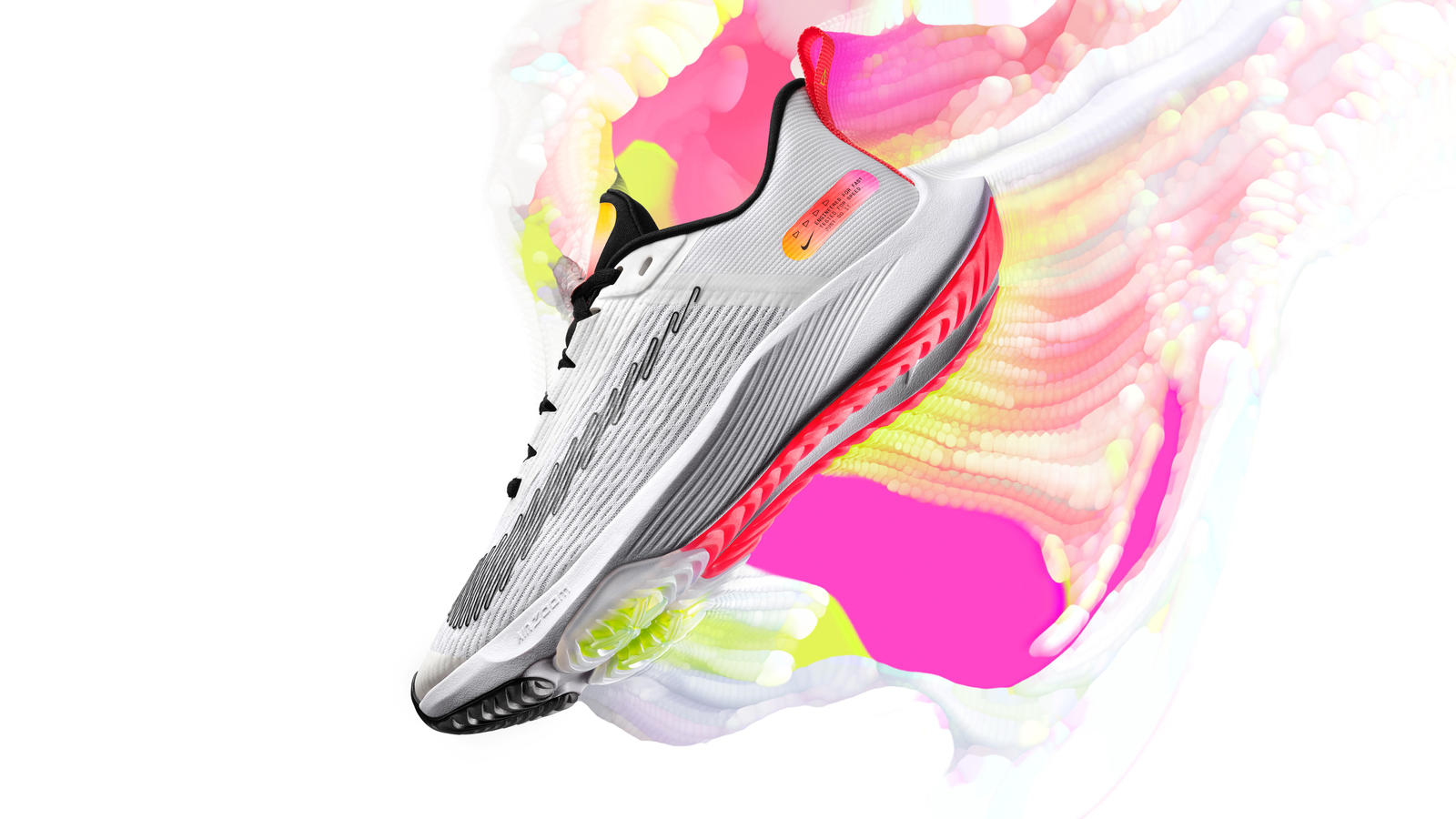 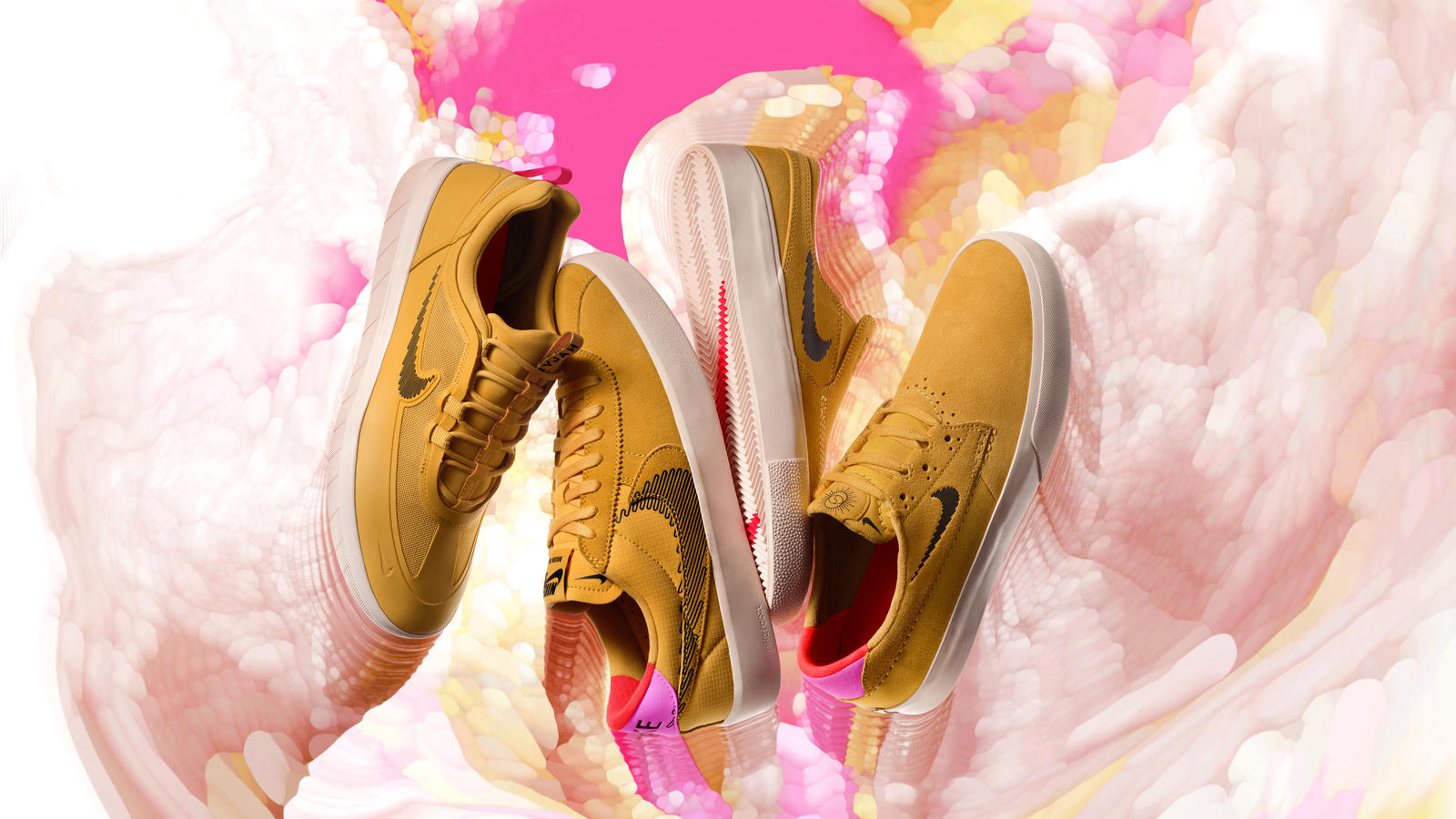 The palette is grounded in a white base to connote unity (it comprises all hues within the visible light spectrum) as well as a return to square one. The layout of colors also act as a beacon to draw attention to the footwear’s technical components. For example, the visible Zoom Air bag in Nike Running silhouettes like the Air Zoom Maxfly sprint spike are highlighted by volt green and bordered and exaggerated by orange detailing. Similar to negative space in art, says Moore, it’s through white space that other parts of the object can sing.

The result is a color system that Moore says instills a deeper meaning for athletes, whether that athlete is running for gold or just around the block.

“Let’s be clear: I’ll never, ever wear a track spike to compete in a race,” says Moore. “But I would wear a lifestyle, color-related model of a spike because something about it spoke to me at a specific time in my life. It was meaningful to the world, and it was meaningful to me. Color can distill all of those values in a millisecond.”

The Rawdacious colorway of select performance and lifestyle products will release on nike.com throughout the summer.